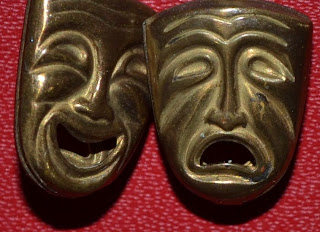 I've been listening to audiobooks for something like seventeen years now and have been working in the industry for nearly as long! Every year, there is something new that captures my attention in terms of book trends, narrating styles or changes in the industry itself; but to bring this closer to my own personal listening experience, I have to say that the thing that I've "discovered" this year is audio drama! Now I have listened to and worked on audio dramas in the past; but it has been only one of the many forms of audio that I listen to. This year as a part of the Armchair Audies (hosted by @lithousewife at literatehousewife.com) I decided to listen to a couple of audio dramas that were finalists in this year's Audies Awards.  The Mark of Zorro (by Johnston McCully; dramatized by Yuri Rasovsky; full cast performance) was the first finalist I listened to and it was great: really well produced and a lot of fun! I was really hooked on the form and I ended up listening to all five of the final nominees! I'm now eager to claim the same category in next year's Armchair Audies. What was really interesting to me about the audio drama finalists, was that it held a few sub-genres in an of itself: studio productions, live staged readings, podcasts, and radio broadcasts. The things I look for in the performances are how quickly the actors get the characters up on their feet, edge-to edge energy (does the performance slag off at any point?) and how the sound effects are used. This is addition to the normal considerations of any audiobook as to being well cast and well executed.

If you want to know more about me you can check out these two interviews:

n.b. - Jennifer will be moving the Armchair Audies to it's own site before the next Audies start up, so stay tuned!) 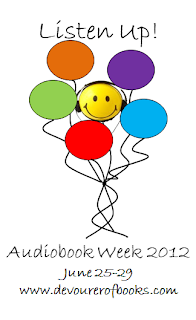