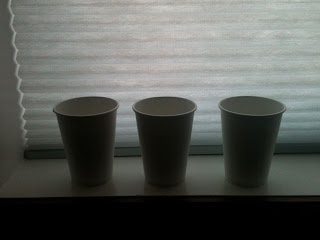 None of our performing services agreements, whether actual or implied, include special items on the order on Van Halen's (in-)famous M&M clause; but there are certain things that some narrators want or need and, within reason the studio provides them. Some of these things have become a sort of ritual between the narrator and the studio staff and we are always willingly oblige for the simple fact that it makes the narrators happy and, ergo the sessions run smoother.

Some of the things that narrators have asked for have included, but are not limited to:


I know of one engineer who prepared special snacks for his narrators: sliced apples and a selection of teas and, other engineers who have had to basically become a guest narrator's personal assistant on and off the grounds of the studio. And, as I mentioned before, none of it is an inconvenience and we're happy to accommodate.


That said, if you get me as an engineer, there are a couple of limitations I have and that you should know about:

As studio engineers we really only ask of the narrators four things: