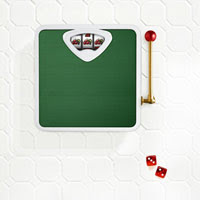 Betting on Weight Loss
Have trouble staying on your diet?
Try putting your money where your mouth is
By Sari Harrar
Good Housekeeping, July 2010 (Vol. 251 No. 1)
Good Housekeeping photography Bill Swan and Jean E. Lee
I'm so lame! I totally abandoned taking PETER & MAX (by Bill Willingham; illustrated by Steve Leialoha) on vacation in favor of starting Tana French's IN THE WOODS . Problem was, once I got to my parent's house, I wasn't in the mood for IN THE WOODS and I hadn't brought a back-up book! So I went looking around the house for something to read only to discover, much to my chagrin, there are NO books in my parent's house, only back issues of Ladies Home Journal and a recent issue of Good Housekeeping! Okaaay, I picked up the copy of GH and read an article by Sari Harrar called "Betting on Weight Loss." It ended up being a timely article in my life as I'm about to start a round of the Game On! Diet (08/01) and it served as a sort of gloss about competing with your family and friends in weight loss challenges.

Anyway, I also dnloaded the e-book edition of The Game On! Diet (by Krista Vernoff and Az Ferguson) which isn't so much a diet book, as it is an explanation of the rules of the game. I did feel a little ripped off as it wasn't really much more substantive than the GH article (unfair I know since the book came out first and I'm sure it was the basis for the article) and, the experts quoted for the book were the medical consultants for the television show, Grey's Anatomy (The book was written by one of the show's writers, Krista Vernoff and, the show's trainer, Az Ferguson.) Hmmm, I might have felt better had the consulting doctors written the book instead, but then I would have probably have complained that the good doctors had no writing skills :-/ Well, at least the information is fairly innocuous (eat better, exercise more and get plenty of sleep) so it's not going to kill me and, I think it's a great way to get in the habit of making smarter choices health-wise. Moreover, the book does contain recipes and helpful hints for succeeding in your challenge and the common sense underpinning the book is delivered in a friendly way (unlike the screeching SKINNY BITCH book which I will be reviewing later.) As the challenge approaches its start date and throughout the game, I will be posting more specific comments about the Game On! Diet book as well as other relevant material.
Some of my reasons for wanting to play this game:
In case you're wondering, I will NOT to posting daily blogs about this challenge. I will instead be tweeting daily and posting weekly. For now, I will leave you with this "Before" picture: 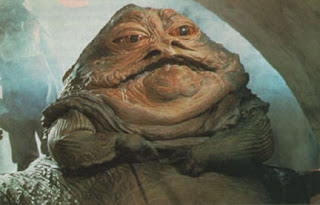 Matterhorn: A Novel of the Vietnam War
by Karl Marlantes
narrated by Bronson Pinchot
Blackstone Audio, Inc.
20.4 hours
I picked this title up because of the helicopter on the cover. Yep, that's right, I let cover art influence my reading choice! There is something about a helicopter in flight that evokes excited feelings of hope, rescue and relief. If I were a different kind of person, I might feel the same way about an image of a Prince Charming on a white charger, but I'm not and so there it is. I do not generally judge a book by its cover, but in this case, the helicopter was the siren song that seduced me into choosing this title. The only question that remained was whether I would read the book in print or, listen to it in audio.
That question was answered when the narrator was in Ashland, OR and my husband and I took him out to dinner. During the course of the dinner, Bronson was asking about "the Columbus book." It was explained to him that the book was WAITING FOR COLUMBUS (by Thomas Trofimuk; narrated by Grover Gardner) and that, while recording the book, Grover had become so emotionally enmeshed with the text that he actually broke down during the studio sessions. Bronson then said that he had had the same experience while narrating MATTERHORN and, that was what decided it for me. That kind of narrator engagement and response to a story is rare and always something special.
So, I pulled a copy from Blackstone's warehouse and I spent the next couple of weeks listening to one of the best audiobooks I have ever heard, finishing late on a Saturday night. At the beginning of the audio I took the time to draft out a chart of the characters. You can see the Command Structure/List of Characters if you "Look Inside" the book on amazon.com or you can draft out your own chart within a couple of minutes (I drafted first and compared.) After having written it down, it was pretty much set in my mind. I referred to it once after that to scribble a note about Lt. Col. Simpson (sometimes, Lt. Col. Simpson was referred to as "Big John Six" and other times just as "Big John.")
Anyway, this is why you should listen to MATTERHORN:
I never know which books are going to deeply resonate with me and when they do I really don't know why. I'm a middle-aged overweight mother in the the Northwest. I have had no military experience and no one in my family served (my father's experiences in WWII are a different kind of story.) Anyway, Matterhorn really affected me. The first night after I had started listening to the audio, I woke up in the middle of the night, more than a little panicky, slightly sweating and attacking the leech on my leg. OK, it was really a Band-Aid, but it never knew what hit it!
After finishing this audiobook, I spent a week still "in the bush" and another week trying to find another audiobook to listen to (after you listen to something this amazing, everything else sounds like dreck!)
Highly recommend to absolutely everyone.
Posted by dog eared copy at 7:34 PM 4 comments:

What you can expect from this blog:
What you will NOT find on this blog:
Why I didn't have a blog yesterday:
Why I have a blog today:
As the blog evolves and I find my voice, I hope you'll be along for the ride.