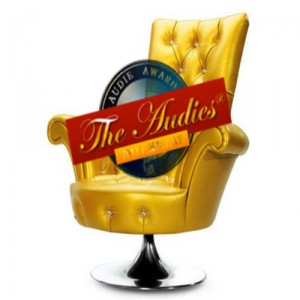 When I first signed onto the Armchair Audies, I hadn't intended to judge a specific category! I had originally intended just to ameliorate my position as a Bad Employee/Bad Wife. I ended up listening to all five finalists in the Audio Drama category; plus one in the Thriller/Suspense category (Unknown, a.k.a. Out of My Head by Didier can Cauwelaert; narrated by Bronson Pinchot) and one in the Original Works category (The New Adventures of Mickey Spillane's Mike Hammer, Vol. 3: Encore for Murder by Mickey Spillane and Max Alan Collins; performed by a full cast starring Stacy Keach.) Before the Armchair Audies began, I had already listened to The Thank You Economy (written and narrated by Gary Vaynerchuk ) - in the Business/Educational category and, Go the F*ck to Sleep (by Adam Mansbach; narrated by Samuel L. Jackson) - in the Humor category. This brings the total of finalists that I listened-to to nine and; the fact that I'm only a slightly better employee for having listened to five out of the twelve Blackstone Audio, Inc.-produced titles and; still a bad wife since I didn't listen to any of the audiobook finalists that DH narrated :-/

Without further ado, my picks in win-place-show-the rest order! 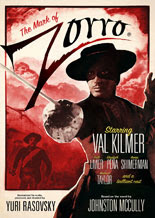 The Mark of Zorro

I'm going to admit that I had reservations heading into this audio. My past listening experiences to audio dramas had not been great: a lot of sound effects, hammy acting and poor editing made me wary; but this audio was slickly produced and a lot of Fun! It is the audio that actually has engendered a real interest in audio drama for me, now that I can see all that it can really be! I was really torn between The Mark of Zorro and I, Claudius as to which to pick for the Best slot; but when The Mark of Zorro was also nominated for Best Achievement in Production, that tipped the scales in its favor.


+ Excellent Production Values (nominated for Best Achievement in Production)
+ Lighthearted and engaging story
+ One of the late Yuri Rasovsky's last productions
+ Val Kilmer
+ FUN
- There was one sound effect, a musical underscoring phrase that didn't seem right (see my review by clicking on the title link above) 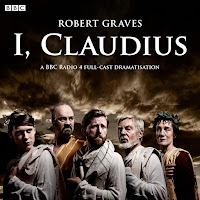 I loved this audio drama too! Robert Graves' historical fiction is brought to glorious life with strong performances and the technical and artistic expertise of BBC Radio 4. The production quality of the performances are "edge-to-edge," meaning that the first and last moments of the listening experience are equally good: There isn't a soft start or slagging off in the middle or the end. As for the story itself,  Roman politics makes modern politics look like a children's spat on the playground! It's a great "vicarious" experience of ancient Roman life and Robert Graves' novel.


+ Excellent production values (BBC has production skillz)
+ Thoroughly engaging story
+ Derek Jacobi and Tom Goodman Hill
- Felt like I had been slightly cheated with a bit of a bait-and-switch: Derek Jacobi played Augustus, not Claudius (see my review my clicking on the title link above)
- Instead of being presented as a seamless story, the episodes were broken up with intro- and outro- credits as originally produced. Every set of credits beyond the first and last interrupted the listening experience. 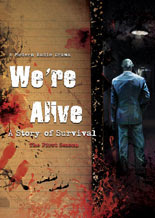 We're Alive: A Story of Survival, The First Season


For the zombies fans out there, this is pretty epic! It's a compilation of a very popular podcast program featuring a group of survivors in Southern California. It's loaded with "testosterone grade sound effects," interesting predicaments and some strong performances. The script carries real-life survival considerations and the characters are well-defined. The strength of the performances evolve as the actors settle into their roles (see my review by clicking the title link.)


+ Interesting story that will leave you on the hook for The Second Season
+ "Testosterone Grade Sound Effects" appropriate to the tenor of the story
- "Soft start" until the production settles into its groove.
- Not everyone is a fan of "testosterone grade sound effects" - Also, there was a bit where you actually find yourself listening to two people eat a candy bar :-/ 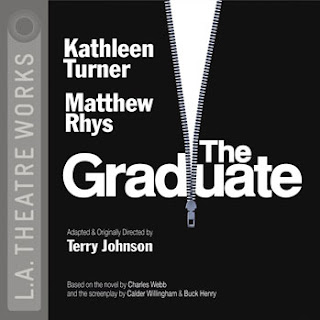 
I had no expectations of the audio whatsoever as I had not read the novel upon which it was based, seen the play or even seen the iconic movie! It turned out to be funnier and perhaps more poignant than I thought it would be. Kathleen Turner was so perfect as Ms Robinson and I really wished I could have seen a live performance in NY. For this recording, which was a live stage reading (not an actual full play performance) I wasn't crazy about the montage of dialogue and sound effects as it removed the listener from the intimacy of the experience. Also, the audience's reaction anticipated what the listener could divine which was a bit disconcerting (see my review by clicking the title link.) 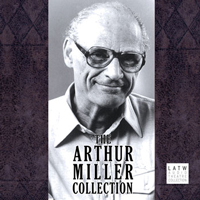 
This is such an important collection to have! While many may be familiar with some of Arthur Miller's more famous plays, chances are you haven't seen or heard many that are featured in this collection. And too, with theatre no longer a prominent feature in our cultural lives, the chances are diminishing that you will see any but the more famous performed. There are ten plays presented, all from different companies of players. However, the different production qualities inherent in gathering performances from different sources makes for an overall uneven audio offering. The disparity of performance and production qualities probably wouldn't be noticeable if you didn't listen to all the plays back-to-back though; and moreover, Miller is so depressing that you may not want to do that any way :-/


One of the tings that I learned about Audio Drama overall is that the term covers quite a bit of different types of production: studio, radio, podcasts and live stage readings! In some ways, it was like comparing apples and oranges, so I had to judge the finalists as to how well they met my expectations as an audiobook offering overall. Production quality and performances were considered on parity with the story itself. It will be interesting to see how my picks stack up against the actual winners!