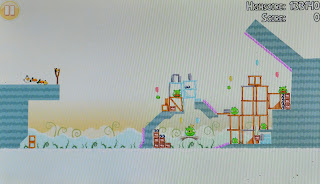 When do I listen to audiobooks?

In #StudioA: I'm a  studio engineer and so it's generally a good idea to listen to the narrator while he's talking to you! Most recently, I listened to Kevin Kenerly narrate First Evidence (by Ken Goddard.)

In the car: I listen to a lot of audiobooks produced by the company I work for AND by other audiobook publishers. I primarily listen for my own edification; but I would be lying if I didn't admit that I was also not-so-subconsciously vetting or auditioning the narrator for possible future work. Some audiobooks make me miss my exit (e.g. The Girl with the Dragon Tattoo by Stieg Larsson; narrated by Simon Vance), make me late for work because I don't want to go in a crying mess or make it difficult for me to drive (e.g. The Art of Racing in the Rain by Garth Stein; narrated by Christopher Evan Welch) and/or have my DH coming out of the house wanting to know why I'm still in the driveway (To Kill a Mockingbird by Harper Lee; narrated by Sissy Spacek.) Occupational hazard, I'm afraid.

On the exercise bicycle: I used to listen to heart pounding music like Drowning Pool's "When the Bodies Hit the Floor," etc; but when I realized that I could sneak in a couple of extra minutes of an audiobook; I made the switch. I don't listen while I'm walking the dogs (I'm with my family and that would just be rude) or when I'm hiking (bear, rattlesnake, mountain lion and drunk hunter territory and that would just be stupid.) Right now, I'm listening to Deborah Harkness' A  Discovery of Witches (narrated by Jennifer Ikeda.)


When I'm playing Angry Birds: I can't just sit on the couch or in a chair and listen. For some reason, when I try, I enter into some sort of catatonic state and quickly find myself asleep. Worse, when I wake up, I've found that I've got a crick in some body part and/or I've managed to drool. I can't explain it, but something happens to my alpha waves and I'm down and out for the count! But now, if I want to make a point of listening to something, I sit down with Angry Birds. It keeps just enough of my brain waves activated that I don't fall asleep.  I mute the nook, turn on my iPod and play! BONUS: I don't have to listen to the pigs laugh at me when I fail to clear a level. For the ultimate of uber-meta listening, game playing experiences, Ready Player One (by Ernest Cline; narrated by Wil Wheaton.)