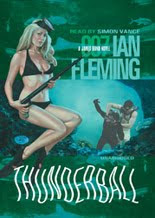 
James Bond, 007, spy in Her Majesty's Secret Service, is sent into the Bahamas to vet M.'s hunch that the island area is the site where a military aircraft and it's cargo of two nuclear missiles has disappeared to. Thunderball introduces listenership to S.P.E.C.T.R.E. (Special Executive for Counter Intelligence, Terrorism, Revenge and Extortion), the successor organization to SMERSH in the Bond canon; to Blofeld, the mastermind behind the criminal organization and, to Bond Girl, Dominette "Domino" Vitali.

Ian Fleming wrote contemporary novels which reflected the values and fears of Post-War men and women. After two atomic weapons had been dropped on Hiroshima and Nagasaki, the Atomic Age was ushered in with all it's possibilities and terrors. The promise of atomic energy was that it would be the driving force behind the manifest industrialism of the Western world; but security concerns and the threat of Communism were equally prevalent. While many view Bond's adventures as fantastic, Thunderball is less so in creating a scenario that even today is not impossible: a NATO plane is high jacked and a terrorist organization seeks to blackmail the Western world with the threat of detonating the bombs unless its demands are met.

Thunderball is the ninth title in the James Bond series and if you've read the preceding eight titles, there are certain things you may find familiar and welcome: the casino card games, the setting in the Caribbean Community, the underwater tableaux and, of course a Bond Girl. What's great about Bond novels though, is that despite these recognizable features, you still don't know what to expect! Instead of being formulaic in his plotting, Fleming uses the familiar as metaphorical touchstones in unfamiliar territory.

Inasmuch as Fleming write of his times, listeners may rise an eyebrow at certain expressions that have fallen out of favor or meant something completely different in 1961 than they do now. To wit, there are frequent references to "nigger heads" which is a term that was used to describe certain kinds of coral and; there is a chapter called "How to Eat a Woman" which is not the sexually explicit reference in the context provided!

Simon Vance is the British narrator for Thunderball and voices the multi-national raft of characters with astuteness, making discernment of the characters easy. If some accents are more challenging for Vance, such as American or the Island Patois, after eight Bond novels he has definitely settled into a comfort zone that accommodates and ameliorates those challenges. It's also worth noting that Fleming didn't throw a figurative curve ball in characters in Thunderball either: no white Anglo colonial daughter raised by a Jamaican nanny (cf. Doctor No)! Simon Vance has definitely taken ownership of Fleming's Bond and roster of characters. Just as Fleming used the familiar touchstones to explore the unfamiliar, Simon Vance has created the vocal equivalent in character work.


Convo Starter:
In the beginning of the novel, Bond is sent to a health spa to detox. The health regimens, outside of the exercise machines, should be surprisingly familiar to 21st century listeners: Emphases on fresh foods and, admonishments against refined sugars, alcohol and tobacco. Bond's housekeeper decries this lifestyle as ill-serving a man of action! While a seemingly ridiculous charge at first, I seem to find myself playing the role of May Maxwell IRL! As a couple of my friends temporarily lose weight on The Juice Fast; but have also become noticeably weaker and, less focused and shorter in their attention spans, I do wonder at the lasting effects of this particular diet and if overall it warrants more concern than admiration. I've already decided that The Juice Fast is not for me; but what do you think about The Juice Fast?

Other Stuff: Thunderball (by Ian Fleming; narrated by Simon Vance) is a part of the 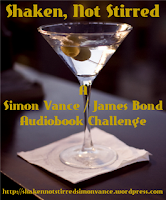 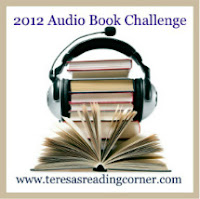 I received a MP3-CD edition of Thunderball (by Ian Fleming; narrated by Simon Vance) from Blackstone Audio, Inc. under professional courtesy/reviewer auspices. I had no involvement in the production of this title. I receive no monies, goods or services in exchange for reviewing the product and/or mentioning any of the persons or companies that are or may be implied in this post.
Posted by dog eared copy at 12:01 AM