A couple of weeks ago, the APA announced the finalists for its 2012 Audie Awards Competition. Out of the 28 categories and 140 titles, I have listened to exactly... two. And neither of them was for the company that I work for. To make matters worse, my DH was also nominated for an Audie for another company, and I haven't listened to that one either. So, in order to make some amends for being a #bademployee and a #badwife and also because @lithousewife has set up a fun and informal Armchair Audies Challenge, I have decided to listen to as many of the Blackstone- and Grover Gardner-nominated audios as possible before the actual awards (which are in NYC on June 5, 2012.) I will not be able to attend this year's events; but I'm still going to dress up and hopefully Skype in to someone, somewhere and at sometime during the festivities :-)
These are the two Audie-nominated audiobooks that I have listened to:

The Mark of Zorro (based on the novel by Johnston McCulley; dramatized by Yuri Rasovsky; performed by a full cast starring Val Kilmer; Blackstone Audio, Inc.)

We're Alive: Season 1 (by Kc Wayland; performed by a full cast; Blackstone Audio, Inc.) - I will most likely post the review for this in May (Zombie Month) 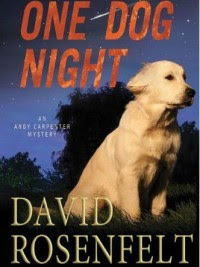 One Dog Night (by David Rosenfelt; narrated by Grover Gardner; Listen & Live Audio) - This could be tricky because I haven't listened to the two titles in the series that precede this one and, I'm the kind of person who listens to series titles in order; but I'm going to try and get all three in :-)

The New Adventures of Mickey Spillane's Mike Hammer, Vol. 3 (by Max Allan Collins and Mickey Spillane; performed by a full cast starring Stacey Keach; Blackstone Audio, Inc.) - Hmmm, I didn't really like the first volume; but the second volume got an Earphones Award and now this. Maybe I need to re-visit.

One Grave at a Time (by Jeanine Frost; narrated by Tavia Gilbert; Blackstone Audio, Inc.) - Actually, I won't be listening to this one! Since it's about cover art, I probably post something related to graphics :-)

Silent Screams (by Karen Rose; narrated by Marguerite Gavin; Blackstone Audio, Inc.) - Karen Rose's canon of works have recurring characters; but stopyourekillingme.com avoided using the word "series" to describe her work. This may be like Carl Hiassen's world where order doesn't matter. At least I hope not :-/

I will be posting honest reviews of what I listen to. And maybe risk getting fired and/or divorced in the process; but at least no one will be able to accuse me of playing false or being a tool :-)