Judging the Armchair Audies category of Audiobooks for Children ages 8-12 was an extremely interesting, revelatory and educational experience for me! I have no experience producing children's audiobooks much less reviewing them; but I felt that I was more than up to taking on this challenge armed with my secret weapon: Actual Children Aged 8-12! That's right, I conscripted my daughter and her friends to a series of audiobooks, samples and questions; prepped the listening experience months in advance by listening to other children's audiobooks; and finally taking Heidi's (Bunbury in the Stacks) and my own assessments in hand before making a call! 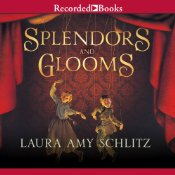 This was the first book that we listened to for the Armchair Audies and personally my favorite: the production quality is edge-to-edge and the narration irreproachable. I was, however taken aback by how dark the story is. I wondered if the Gothic feel of this book might be attributable to the influence of other successfully dark books like Neil Gaiman's Coraline; if it might be a hearkening back to the rather frightening dark tenor of the of the original fairy tales or; if, as someone in a group thread mentioned, it might be a matter of manifesting fears in a way that children could face and cope with them (ref. Bruno Bettleheim The Uses of Enchantment.) Regardless, there is quite a bit of morbidly scary imagery that a sensitive child may not care for. Anyway, my own daughter's take was that she like the narrator's accent and the scenes with the puppets performing; but that she wasn't quite clear what was going on in some parts. She would, however, recommend the book to her best friend who is a more advanced reader and likes stories with witches and magic and such. 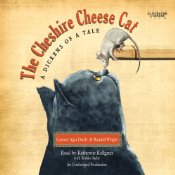 I had extremely high hopes for this book, but it proved to be a bust. From the opening screech to the last, I found the pitch and pace annoying. I was hoping that the talking animals would appeal to my daughter but she tuned out from the start; and the many literary references and puns went over her head. To be fair, not many kids her age would be familiar with Dickens and The Tale of Two Cities, Wilkie Collins' The Woman in White and/or William Makepeace Thackeray and his pepper problems; but there is nothing in the story to indicate that these people should be of interest or even real-life characters. Eventually, my daughter tuned out the words like so many adult conversations and became increasingly interested in iPad app games and the radio :-( 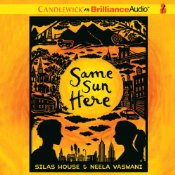 One thing that I learned listening to this audiobook is that children do not care about the narrator matching the age of the character that the narrator is reading! Appropriate casting is very much a top priority with me; but of course the number of narrators aged 8-12 is pretty small and; kids seem to hear their own voices in the intent and delivery of the narrator, not in the pitch. So, while I found Silas House's narration "too old" for the character of River Justice in Same Sun Here, my daughter could not have cared less. Another thing that I learned is that often books for this age group, even chapter books, contain illustrations that are part of the reading experience. Sometimes you notice and sometimes you don't. If you don't notice, that's a pretty good sign of a well-written book and a better audio experience as there is no sense of having been bereft for having chosen the audio over the print. There are illustrations in the print edition of Same Sun Here, but I didn't realize it until I went to go check on the spelling of "Masoorie" that the authors used! That said, even though my daughter was more engaged with this book than with Splendors and Gloom and The Cheshire Cheese Cat, when I realized that she thought "Dadi" and "Daddy" were the same person and "Masoorie" was the way she thought Neela Vaswani was pronouncing "Missouri," I also realized how important visual cues can be with a story :-/ 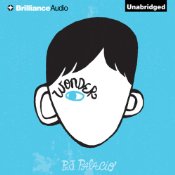 Man, oh man! I cannot tell you how this audio experience broke my heart! The story is amazing, but it could have been, should have been a better audio production. Nick Podehl was great; but Diana Steele sounded like Marge Simpson, Kate Rudd didn't pre-read the book (or didn't pay attention if she did) and one or two minor editing issues drove this to the bottom of the favored-to-win the Audie list. My daughter was interested in the story; but will be reading it in print instead. 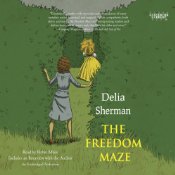 I didn't have to listen to this for very long before I had heard enough to rank it over  Wonder and The Cheshire Cheese Cat! Despite some sibilance issues which may have been a matter of bad de-essing or compression processes, Robin Miles' soothing voice was very welcome. I then created a chart of "Pluses" and "Minuses" for each title in the category which effectively ruled out Splendors and Glooms. When it came down to the final two choices The Freedom Maze had a much more intriguing premise than Same Sun Here and, I suspect my daughter found the magic in The Freedom Maze more palatable than in Splendors and Glooms. Heidi, over at Bunbury in the Stacks had already come to the same conclusion as to the winning entry so we had a consensus decision as to the winner of the Armchair Audies Best Audiobook for Children Ages 8-12: The Freedom Maze!

You can check out my reviews of the titles above by clicking on the title beneath each cover (except for The Freedom Maze for which I have not written a review yet) and, Heidi's reviews over at Bunbury in the Stacks: 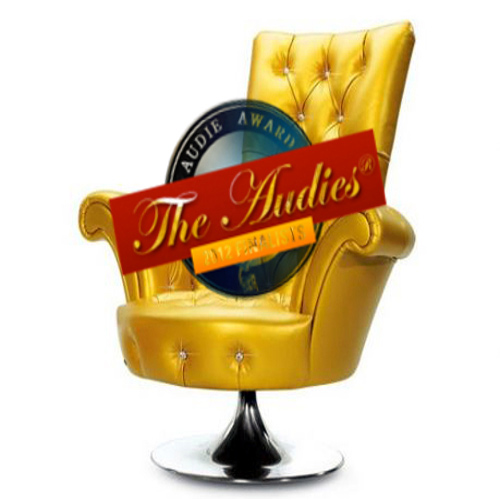